Acne can be a debilitating problem when it develops later on in life, as Georgia Hitch, reporter for Triple J’s Hack program, discovered.

She talked to Platinum Dermatology’s Dr Ritu about the issues, implications and possible treatments.

Towards the end of last year my world was flipped on its head when my skin began to breakout in angry and painful cystic acne all over my cheeks, chin and back.

Now, I’ve never had perfect skin before (who has?) but I’d never experienced anything like this.

I went from being a very outgoing and social person, to a complete hermit who hated being around people, even with makeup on.

I could see their eyes darting and looking at the hundreds of bumps on my face.

Making matters worse, my job as a journalist meant I was constantly having to meet new people, which just com- pounded how self-conscious I felt.

I am definitely not alone. There isn’t a whole lot of research on adult acne but one recent American study showed rates are on the rise, especially for women.

It showed in the more than 1000 acne patients they tracked, 85 per cent of them were women, compared to about a 50/50 split for teenagers with acne.

I couldn’t find statistics on it, but anecdotally it also seems to hit women around the same time, in their mid-20s. What I did find interesting, and in a way comforting, was that it seems to take an emotional toll on everyone in the same way it did for me.

When I finally went and saw my GP Dr Shivon Jain, she said it was one of the most common things people present with.

“We call it almost the bread and butter of general practice, she said. “

It effects a lot of people and some of the things, exactly like you say, are the emotional impacts it has on people.”

Part of that reaction is because it still carries so much stigma — this is supposed to be something you’ve grown out of.

Dermatologist Dr Ritu Gupta told Hack the stigma has a huge impact on the way adults see themselves.

“When you’re a teenager, you’re surrounded by other kids with acne. When you’re an adult, you worry you shouldn’t look like that,” she said.

The thing that made me feel the most helpless was that I couldn’t for the life of me figure out what was causing it. I tried everything.

I went to a host of different skin clinics, I used expensive acne fighting products, did skin treatments, face masks, used lemon juice, tea tree oil, cucumber — you name it, I bet at some point or another I tried it.

Like a lot of other women, turns out mine is caused by a hormone imbalance and treating that was the cure to fixing my skin.

“Particularly the surge of the female hormones, estrogen and progesterone, that happen before we ovulate,” she said.

“That can really drive acne, especially along the jawline.”
For some, family history plays a role in developing adult acne, as does being a “late bloomer”.

I was really concerned about going on medications because of the potential side effects, so after hundreds of hours of internet trawling, and after talking to my GP, I decided to take a different approach and went and saw a naturopath.

Now full disclosure — I’ve always been a total skeptic when it comes to natural remedies, but the results for me after taking supplements (including the godsend that is spearmint tea) and changing my diet have been amazing.

But not everyone wants, or is able, to manage it that way.

There’s “no single” treatment for adult acne, according to Dr Gupta.

“Acne is caused by a number of different factors which is why no single treatment is effective,” she said.

“It’s why we need to have a multi-pronged approach to treatment.”

One of the main medications, and probably the most recognisable, used to treat acne in both men and women is Roaccutane.

Kay lives in Darwin and went on the medication years ago when she developed mild cystic acne.

“The only side effect I really got were really really dry lips which is the main one everybody talks about I think which it was bad but it was manageable,” she says.

‘It wasn’t too bad and the results I was getting were worth it to me.”

“I also had a really good side effect that my hair was really great because it sucks all the oil out of you so I had to wash my hair like once a week which is awesome!” One of the main medications, and probably the most recognisable, used to treat acne in both men and women is Roaccutane. Supplied: Getty Images

Dr Gupta says while Roaccutane is “very effective”, it’s not for everyone.

“Nor is it the right drug for everyone. But in the people who have cystic acne, or who have tried multiple treat- ments and failed, then Roaccuatane is a great choice,” she said.

“To be honest, most of the side effects that people have heard about on the internet have been proven to be not the case. There’s really no proven link between Roaccuatane and depression, for example.

“We often combine treatment, so we might combine low-dose Roaccutane with a combination of a gel and a light treatment. We might use physical treatment like skin peels and extraction.”

The other medication often prescribed to women is the pill.

Emilie Bertsch was in her early 20s when her skin started to break out and, like me, it turned out to be hormone related.

“The next step was to go on the pill and the pill that I had to go on was this terribly expensive pill … which is the only one that apparently would work [for me],” she says.

Emilie says it’s not without it’s issues though; her side effects include mood swings and weight gain, but the alter- native of having her acne come back is worth it.

Regardless of which route you want to follow, I’ve found that the most important thing is to know you aren’t alone. That, and there are people there to help you, be it your GP, a specialist or just your friends, if you just reach out.

The other frustrating thing about acne is that even once you’ve got it under control, you’re still often left with scar- ring which, in some cases, can be deep and pitted and nearly as bad as the active spots.

I’m lucky that most of my scarring is pigmentation but, given I’m as pale as Casper the ghost, it looks quite pro- nounced and is one of the things I’m now trying to fix at a local skin clinic.

“A lot of clients find that they still look like they have acne after the acne pustule has healed up and gone and the reason for that is it’s essentially a wound and a scar,” cosmetic nurse Danielle tells me.

There are so many treatments for scarring but I’ve found that one of the most effective, and most importantly for me, non-invasive treatments are Intense Pulse Light (IPL) (where they zap your face with a very mild laser) and LED Light therapy.

Georgia getting IPL treatment, where they give you micro laser zaps to get your skin to heal properly and remove pigment. Supplied: Georgia Hitch “IPL is fantastic for acne scarring because it’s helping to reduce any pigment and vascularity that’s left after an acne pustule has been and gone,” Danielle says.

“It doesn’t have any effect on any divots in the skin, any ice pick or box scarring but it’s great for that discoloura- tion that you have in the skin after acne.”

LED therapy on the other hand works by hitting your skin with different frequency light to kill acne-causing bacte- ria, reduce inflammation and help heal the spots that might be getting better.

For more stubborn scarring Danielle recommends more invasive approaches like micro needling — where your skin is punctured multiple times by a tiny needle to stimulate collagen production and help your body re-heal over the scarred areas.

These are just a couple of the options available, but again it’s all about what suits your skin and the path you want to take.

“It’s a medical condition, it can be treated, you don’t have to put up with it, go and see your GP or come and see a dermatologist,” Dr Gupta said. 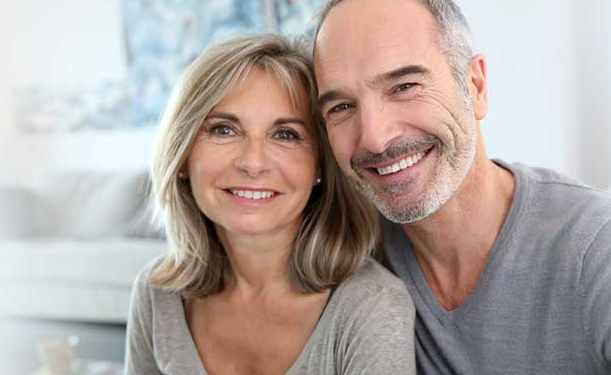 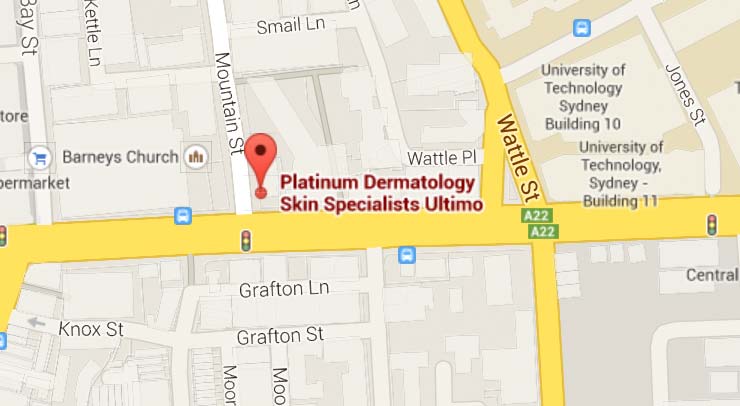 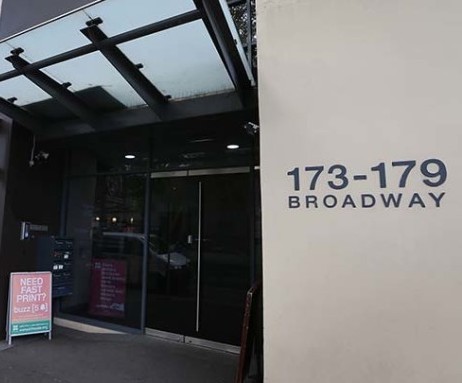 Thanks for sending your query to Platinum Dermatology

We noticed you didn't select the option to join the Platinum Dermatology Club. It's not too late. Just click the button below to join.